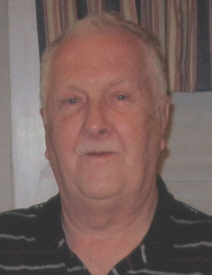 Terry L. Post, formerly of Nashville, Tennessee, passed away unexpectedly at 1:09 p.m. on Friday, July 11, 2014 at the St. Joseph Regional Medical Center, Mishawaka.
Born on March 25, 1940, Terry was the son of Wayne and Helen (Shirley) Post. He attended Plymouth-Lincoln High School and during this time he got his pilot license to follow in his parent’s footsteps, who both flew during WW II. Terry graduated with the class of 1958. After taking some college courses, Terry decided to join the U.S. Coast Guard.
After his honorable discharge, Terry continued to fly commercial planes. He flew for Pan Am Airlines for 19 years and was mainly based out of Europe. In those years, Terry made sure he saw every country he possibly could, and saw all the continents except Antarctica. He also enjoyed taking his parents on frequent trips with him. After retirement, Terry settled in Nashville and worked in Federal security for the U.S. government, always keeping up to date on all issues around the world and in the U.S. Terry married his senior high school prom date, Beverly Bixel, on November 10, 2012 on a group trip to Branson, Missouri. They had seen and done all they were going to do and their friends knew their love would lead to marriage soon, so they decided to make it official during that very trip.
Terry enjoyed collecting model trains and lighthouses, and was a ham radio operator. Terry was a member of the American Red Cross in Nashville, the Masonic Lodge in South Bend, the U.S. Coast Guard Axillary Association Inc., and the Elk’s Lodge in Venice, FL.
He is survived by his wife, Beverly of South Bend, his nieces and nephews: Doug (Dawn) Post of Portage, MI, Deborah Trahey of Michigan, Melissa (Marcus) Courtney of Culver, IN, Melanie Brown of Plymouth and Scott Hunt of Sarasota, FL. Also surviving are many great-nieces and nephews.
Terry was preceded in death by his parents and his brother, Richard Post.
A memorial service will be held at a later date.
In lieu of flowers, memorial contributions can be made to the American Heart Association 208 S. LaSalle Suite 900, Chicago, IL 60604, the U.S. Coast Guard Axillary Association Inc., 9449 Watson Industrial Park, St. Louis, MO 63126, the American Red Cross, 2201 Charlotte Ave, Nashville, TN 37203 or to the donor’s choice.