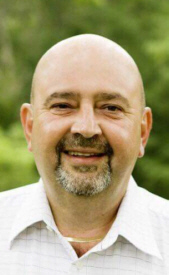 Terry Lee â€œT.P.â€ Prater, 55, a Walkerton resident for the past 10 years and formerly of Plymouth, passed away due to natural causes on Thursday afternoon in the Parkview Regional Medical Center â€“ Ft. Wayne.
He was born the son of Sherman & Carma (Craft) Prater in Knox, Indiana on September 23, 1960. He graduated from Knox High School with the Class of 1978.
On March 26, 2005 in Lakeville, Indiana he married the former Misti D. Ross.
He made a career as automotive sales representative, first with Pioneer Auto in Plymouth from 1989-2003. T.P. then shifted to wholesale auto sales with the Greater Mishawaka Auto Auction for the past 13 years and became widely known.
T.P. enjoyed times camping, playing golf, listening to Country Music and taking the mic at karaoke night. His greatest joy in community service was as Assistant District Coordinator for the Elks Lodge Annual Hop Shoot for over 25 years. T.P. also held membership in the Plymouth Moose Lodge, Plymouth Sons of the American Legion, Post 27 and Menâ€™s Auxiliary with the V.F.W. Post 1162.
He is survived by his wife Misti, daughter Lindsey L. and spouse Wes Biddle of Grovertown and their children: Aiden, Brycen and Colten, daughter Cassandra â€œCassâ€ Bell of Old Orchard Beach, Maine and her son Hunter. Terry loved the times spent with his four grandchildren. A sister Jewell Prater of Mt. Carmel, IL and in-laws Vern and Lynn Ross of Plymouth also survive.
He was preceded in death by his parents.
A celebration of Terryâ€™s life will be held on Friday, September 2nd from 3 â€“ 6 p.m. at the Greater Mishawaka Auto Auction, 55920 Maplehurst Ave., Mishawaka, Indiana.
As a donor through the Indiana Lions Eye Bank, Terry has provided the gift of sight. Memorial gifts in his memory may be made to the South Bend Center for the Homeless, 813 S. Michigan St., South Bend, IN 46601.