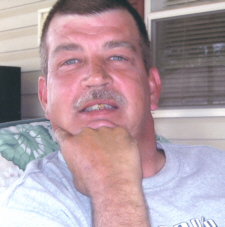 Terry L. Seeders, 119 Franklin St., Plymouth, Ind., died of a sudden illness in Fort Wayne’s Parkview Hospital at 11:54 p.m. on Saturday, May 26, 2007.
He was only 47-years-old.
His love of life and people will live on. Terry is an organ donor and his gift will save many lives.
Born on November 22, 1960, in Cumberland Md., Terry was the son of Lee and Sarah Kiefer Seeders. He graduated from Cumberland High School in 1978.
He served 18 years in the United States Army, attaining the rank of Staff Sergeant.
On October 31, 1980, in Germany, he and his wife, Linda Rininger, were married.
After his honorable discharge from the service, Terry worked for Standard Motors as a Process Engineer for 15 years. In Plymouth, he worked part time for seven years at Pathfinders as a residential care giver.
A person devoted to his job, he always liked to be busy. When he had time, he enjoyed camping and liked to fish.
In addition to his wife, Linda, Terry is survived by his mother and three sons: Jack Seeders, Cory Seeders and Mark Seeders, all of Plymouth.
A grandson, Dylan Seeders, Mishawaka, Ind., and three brothers survive as well. They are: Jim Seeders, Md.: Rick (Pat) Seeders, Tenn., and Jon (Chris) Seeders, Md.
Two brothers-in-law, Gene Rininger and Todd Rininger, a sister-in-law, Susan Rininger and a brother-and-sister-in-law, Lyle (Glenda) Rininger, all of Plymouth, also survive.
Terry was preceded in death by his father.
Friends are invited to celebrate Terry’s life with his family from 4 to 7 p.m. on Thursday, May 31, 2007, in the Johnson-Danielson Funeral Home, 1100 N. Michigan St., Plymouth
Following visitation at 7 p.m., funeral services, officiated by the Rev. Ron Humphrey, pastor of the United Pentecostal House of Prayer, will be held.
Memorial gifts in Terry’s memory may be made to Pathfinders or the Marshall Starke Development Center.