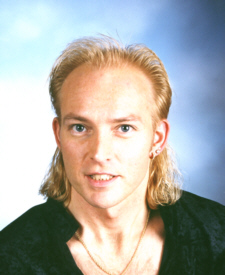 Terry Snedeker, 39, died Monday, Nov. 5, 2007, at 6:20 a.m. at his residence, 14741 Michigan Rd., Argos. His death is under investigation by the Marshall County Coroner Terry was born in Knox, the son of Walter Lee and Donna Ulrich Snedeker, on May 22, 1968.
He graduated from Plymouth High School with the class of 1988.
Susan Korp and Terry were married in Knox, Ind.
Terry worked for Hoosier Tire and Rubber Company as a machine operator for 18 years.
He loved going to garage sales, working on his car and taking family vacations. He was an avid fisherman, very artistic and enjoyed working in his yard.
He is survived by a son, Brennen Snedeker, Argos, and by his mother and stepfather, Donna and Larry Lemert, Hamlet, Ind.
Two brothers, Walter Ray (Patricia) Snedeker and Keith (Sher) Snedeker and a sister, Shelia (Odis) Shepherd, all of Plymouth, also survive together with a step-brother, Rusty Hanselman, Argos, and a step-sister, Nicole Lemert, Indianapolis.
George and Dorothy Ulrich, maternal grandparents, Grovertown, Ind., and Irene Salyers, a paternal grandmother, Orange County, Fla., survive as well.
Terry was preceded in death by his wife, Susan, and his daughter, Shayla. His father, Walter II and two grandfathers, Jim Salyers and Walter Lee Snedeker I, have also died.
Terry’s family invites friends to share their grief as well as good memories of him on Saturday, Nov.10, 2007, from 10 a.m. to 2 p.m. in the Johnson-Danielson Funeral Home, 1100 N. Michigan St., Plymouth.
Funeral services will follow visitation at 2 p.m. in the funeral home. The Pastor John B. Lowe of the New Life Christian Church, Warsaw will officiate.
Memorial gifts may be made to the Brennen Snedeker Memorial Fund.