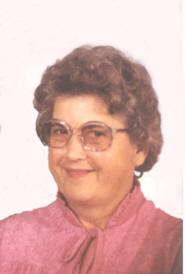 Thelma M. Payne, 85, a resident of Miller’s Merry Manor, 600 Oakhill Ave., Plymouth, for the past year, died of natural causes in the facility at 5:30 p.m. on Thursday, January 13, 2005.
She was born in Kokomo, Ind., on December 21, 1919, the daughter of David and Stella Wiles Hutchins and was educated in schools in the Tipton area.
On July 21, 1939, in Kokomo, Thelma and John W. Payne were married. John died on October 18, 1999. She and her husband were longtime residents of Argos.
A dedicated homemaker and farming wife, Thelma enjoyed her grandchildren and great-grandchildren and their various activities. For over 15 years, she and John spent their winters in the Port Charlotte, Fla. area. They enjoyed music and often gathered with friends to play various instruments. Thelma was a member of the Home Economics Club and a Bunko Club.
She is survived by her daughter Carole J. and her husband, Bob “Butch” Kepler, Plymouth, with whom she had made her home. A daughter-in-law, R. Elaine Payne of Plymouth also survives along with two grand-daughters, both of Plymouth; Cindy J. and Roger Danielson and Kristi K. and Ed Ruiz. A grandson, John J. Payne of Mishawaka survives as well as four great-grandchildren. They are: Braxdon Davidson, Trevor Danielson, Gabriella Ruiz and Leah Payne. Several nieces and nephews survive as well.
Thelma was preceded in death by her parents, her spouse, a son, John Michael Payne, seven brothers and one sister.
Friends will be welcomed to celebrate Thelma’s life with her family from 3 to 5 p.m. on Sunday, January 16, 2005, at the Johnson-Danielson Funeral Home, 1110 N. Michigan St., Plymouth.
Funeral services for Thelma will be held at 11 a.m. on Monday, January 17, 2005, in the funeral home. Burial will be in New Oakhill Cemetery.
Memorials in Thelma’s memory may be made to the Susan G. Komen Breast Cancer Foundation, P.O. Box 650309, Dallas, TX 75265-0309 or Marshall Co. Hospice.