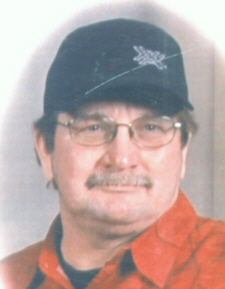 Thomas Allen Lehiy, died, following a brief illness, at his residence on Upas Road, Plymouth, Indiana, at 8:15 a.m. on Thursday, January 1, 2009.
Only 46 years old, Tom lived his life to the fullest and will be deeply missed by his family and friends.
Tom was born in Plymouth on January 12, 1962, the son of Carl and Betty Sickmiller Lehiy. He attended Plymouth High School and graduated with the class of 1981.
He enlisted in the United States Navy after graduation and remained on active duty until 1986.
He was a heavy equipment operator for Rock Industries for over 20 years.
On September 30, 2006, Tom and Karen Allen were married in Hamlet, Indiana.
Tom loved to fish and bowl and was in a Sunday night bowling league. But mostly Tom enjoyed spending time with his family and friends. He was a sports fan and spent many hours watching football and attending Plymouth speedway.
He was a member of the V.F.W., and the United States Bowling Association.
Tom is survived by his wife and his mother, both of Plymouth and by a son, Thomas Allen Lehiy, Jr., in Pennsylvania and a daughter, Hanna Marie Lehiy of Plymouth.
A brother, Brian Lehiy and a sister, Patricia Hoover, both of Plymouth, also survive.
Tom was preceded in death by his father and a sister, Darla.
Friends are invited to share their memories of Tom with his family on Sunday, January 4, 2009, from 3 to 7 p.m. and after 7 a.m. on Monday, January 5, 2009, at the Johnson-Danielson Funeral Home, 1100 N. Michigan St., Plymouth.
Funeral services for Tom will be held at 11 a.m. on Monday, January 5, 2009, in the funeral home. DeWayne Smith will officiate.
Military graveside honors will be accorded Tom at New Oakhill Cemetery.