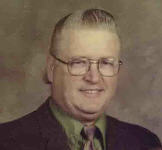 Thomas B. Showers, Sr., 77, a resident of Plymouth, Ind. since March of 2001, coming from the Kansas City / Independence , Mo. area, died of natural causes at his residence, 2535 N. Michigan St. , Plymouth , at 6:54 p.m. on Monday, July 29, 2002 . Born in Mountain View, Mo., on April 19, 1925, Thomas was the son of Erman A. and Edna C. Benwell Showers. He attended elementary school in Washington State , and resided in an orphanage until the age of sixteen. He then joined the Navy, serving in World War II from 1942 to 1946. On Oct. 19, 1946 , in Kansas City , Mo. , Thomas and Arlene G. Estebo were married. Arlene preceded him in death on May 17, 1991. Thomas worked most of his life as a paint mixer for the Butler Manufacturing Co., in Kansas City, taking an early retirement. He enjoyed genealogy and studied his family’s lineage. He was a member of the Assembly of God faith. Thomas is survived by a son, a daughter, two step-sons and an adopted daughter. They are: Thomas B. Showers, Jr., Indianapolis, Ind.; Helen Showers Curtiss Wells Pointe, Texas; Harold J. Showers, Milton, Wash.; Ronald Klinger, Ore., and Joan Benedikt, Plymouth, Ind. Eight grandchildren and five great-grandchildren survive as well. Thomas was preceded in death by his parents, his spouse, a daughter, Sandra Grace Showers Wyche and a son, Mark Steven Showers. Two brothers: Erman A. Jr., and William A. Showers and a sister, Amanda F. Showers Smith have also died. Memorial services will take place on Monday, August 12, 2002, at 11 a.m. in the Olathe Wesleyan Church, 16320 S. Ridgeview Rd., Olathe, Kansas, with burial in the Oak Lawn Cemetery, Olathe, Kansas.