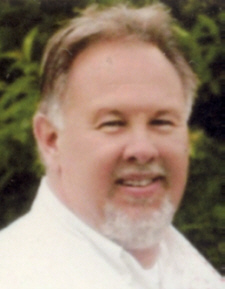 Thomas E. Nunley, 50, a resident of Plymouth for the past six years, died of natural causes at 8:59 p.m. in St. Joseph regional Medical Center, Plymouth, on Thursday, January 19, 2012.
Tom was born on November 30, 1961, in London, KY. He was the son of James G. and Sarah E. (Young) Nunley, his mother survives living in London.
He graduated from John Glenn High School with the class of 1979 where he played football and enjoyed all sports.
Tom enlisted in the United States Navy and served for six years.
On August 6, 2011, at The Cross in Rochester IN, Tom and Teresa A. Mohammed were married.
He was the manager of Rent-a-Center in Plymouth for 10 years until 2010, when becoming disabled.
A big fan of Notre Dame sports and the Chicago Bears, Thomas was known as a great father with a big heart.
He was a member of the Walkerton VFW Post 2239.
Tom is survived by his wife, Teresa, and by three sons: Josh T. (Ashley) Nunley, London, KY., Tyler J. Nunley, Plymouth, and Mike Curry, Tampa, FL. Grandchildren include: Jaxon, Ally, Lucas and Ella. Four step-sons also survive; Eric Fogle, Brandon Mohammed, Christopher Mohammed and Terrance Hooten, all of Plymouth.
Tom’s siblings include three brothers; Chuck (Liza) Nunley and family of Apopka, FL, Jim (Kathy) Nunley and family of London, KY, Dave Nunley and family of Charlotte, NC and two sisters; Barb Nunley Smith of Daphne, AL and Susan Nunley (James) Lea and family of Manning, SC. Tom’s father preceded him in death.
Family services have taken place and interment in London, Kentucky will be at a later date.
Memorial gifts in Thomas’ memory may be made to the American Lung Association’s – Freedom from Smoking Program 1301 Pennsylvania Ave. NW Suite 800, Washington DC, 20004.