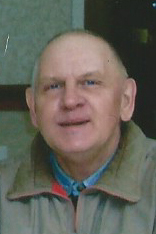 Thomas E. Schneider, 70, a rural resident of Plymouth since 1968 coming from Chicago, passed away at his home of natural causes.
Tom was born in Chicago on May 19, 1947, the son of Edward R. and Helen M. (Kizior) Schneider. He was baptized into the Roman Catholic Faith and in Plymouth, attended St. Michael Parish.
He received his high school education in the city of Chicago.
For many years he and his now deceased brother Fred lived a simple life maintaining the family farm and there Tom liked to tinker with cars and body repair work.
Tom, the last of his generation of siblings is remembered now by his three nephews and families. Steven J. Schneider of Loganville, Georgia, Mark K. (Karen) Schneider of Warsaw and Edward M. (Sabra) Schneider of Gold Canyon, Arizona survive with nine great nieces and nephews.
One of lifeâ€™s memories that Tom reflected on was his one and only time of seeing a movie on the big screen, Jaws, at the REES Theatre with his nephews. Tom needed no sequels.
There is no formal service planned. Tom will be laid to rest in the Winamac Cemetery next to his parents, brothers, Robert M. and Frederick J. and a host of other Schneider family members.
The family requests memorial gifts be made payable to Wythougan – The REES Restoration Fund, c/o 123 N. Michigan St., Plymouth, IN 46563.