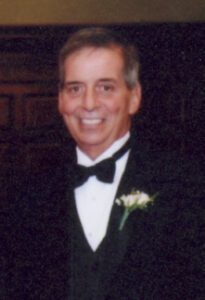 Thomas M. Dimino, 60, a resident of Coventry Court in Plymouth, passed away at his home Friday morning having battled a two year illness. Tom was formerly of Queensbury, New York and has made Plymouth his home for the past ten years.
He was born in Brooklyn, New York on August 21, 1951, the son of Michael A. and Donna (Prudenza) Dimino. Raised there, he received his schooling at New Utrecht High School.
On January 26, 1974 in St. Mary’s Church, Brooklyn he married the former Joanne Piazza. Together they had one son Michael J. Dimino.
Tom began his career over 35 years ago with the Pregis Corporation in New York and moved with them as they acquired the Plymouth location. He loved the company and his co-workers as his extended family. He continued to report in as a foam process engineer until his health would not allow just two weeks ago.
He was many times the life of the party and socially involved, he was often known to be an advocate for others. He remained a loyal Jets and Yankees fan who also enjoyed golfing and fishing with family and friends.
Tom is survived by his former spouse, Joanne who resides in Queensbury, his son, Michael J. and his spouse Heidi K. Dimino of Latham, NY and his loving companion, Marty Tidey of Plymouth. Many aunts, uncles, cousins and friends also survive.
He was preceded in death by his parents.
A celebration of his life took place at the Plymouth American Legion Post 27, of which he was a member, 1040 E. Jefferson St., Plymouth from 4 – 7 p.m. on Sunday, May 13, 2012.
Visitation will be held at the Singleton-Healy Funeral Home, 407 Bay Road, Queenbury, NY. on Friday, May 18th from 2-4 & 7-9 p.m. A funeral mass will be held at 9:30 a.m. Saturday morning in the St. Mary’s Catholic Church in Glens Falls, NY. Burial will follow services in the St. Mary’s Cemetery, South Glens Falls, New York.
Memorial gift contributions may be made in Tom’s memory to any chapter of the American Cancer Society.