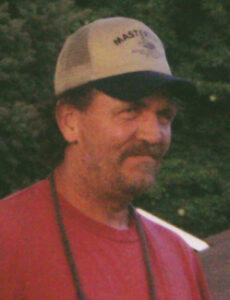 Timothy A. Keilman, 54, a Tyler Road resident of Lakeville and formerly of Plymouth, passed away of natural causes on Monday, November 5, 2012 at 4:40 a.m. in the Warsaw Meadows.
Tim was born the son of John T. and Mary L. (Harper) Keilman, on February 10, 1958 in Ann Arbor, Michigan. He is a 1977 graduate of Plymouth High School.
Tim was a creative person who would drop anything to aid a friend. He was an artist who used that attention to details as a finish carpenter and millwright. Tim loved buying and working on cars, his and others. He enjoyed NASCAR racing, fishing, loved animals and the Green Bay Packers with Brett Favre. Tim also like to tinker with computers and was a collector of much. He was a member of the LaPaz Sons of the American Legion Squad# 385.
Survivors include his parents; Mary (Mrs. Paul) Resendez of Plymouth, John T. Keilman of Bonita Springs, FL, life partner Pam K Heims, children; Thorn M. (Cynthia J.) Heims of Plymouth, Dylan G. Heims, U.S. Army Reserves and Cassie J. Keilman at home.
Sisters; Renda A. Keilman, Lindsy D. Keilman, Karen R. Krause all of Plymouth and angela M. Resendez of Argos along with brothers; Benjamin T. Keilman, Jon T. Keilman and Eric W. (Mindy) Keilman all of Plymouth. Numerous nieces and nephews also survive. Tim’s half-brothers and half-sisters include: Tina Vickers, Tom Keilman, Shannon Walker and Michael Keilman.
Tim was preceded in death by one half-brother; Irvin Keilman.
Visitation will be held in the Johnson-Danielson Funeral Home, 1100 N. Michigan St. Plymouth from 4 – 7 p.m. on Wednesday, Nov. 7th with services immediately following.
In lieu of flowers, memorial gifts may be given to the Marshall County Humane Society, P.O. Box 22, Plymouth, IN 46563.