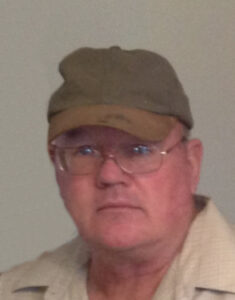 Timothy J. Lawrence, 61, a lifetime Plymouth resident, passed away unexpectedly from natural causes at 8:59 a.m. on Saturday, December 29, 2012 at his residence.
Tim was born on October 7, 1951 in Plymouth, the son of Arthur D. and Alice Warren Lawrence. He graduated from Plymouth High School in 1970 and attended Ancilla College. Tim also served one term in the Peace Corps in India.
A retired farmer, he had currently worked as a truck driver.
He attended the First United Church of Christ.
Tim enjoyed sports and spending time with his family.
He is survived by his mother, Alice Lawrence of Plymouth, two sons: Tim Lawrence and daughter, Ashlyn and Arthur Lawrence and son, Xavier, all of Plymouth; a daughter: Sonya Lawrence of Indianapolis; two sisters: Jeannie Lawrence of Leesburg, FL and Evelyn (Charles) Snyder of Plymouth; a half-sister: Mary Ruth Muffley of Plymouth and a brother: John (Jan) Lawrence of Plymouth.
Tim was preceded in death by his father, Arthur and a son, Jeremiah.
Funeral services will be held at 11:00 a.m. on Wednesday, January 2, 2013 in the New Oakhill Cemetery Chapel, Plymouth. There will be no visitation.
Burial will be in New Oakhill Cemetery, Plymouth.