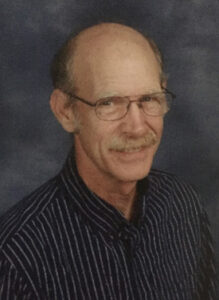 Todd Charles Cook, 63, a former Plymouth resident, passed away unexpectedly at his Bremen home on Monday evening.
Todd was the eldest son of Charles F. and Barbara Marie (Walmer) Cook. He was born in Plymouth, Indiana on March 13, 1954. He was a 1972 graduate of Plymouth High School and then attended Indiana University â€“ South Bend.
With a love of music, Todd began playing in a band at the age of 12. In the 70’s he played with Changing Times. Most recently he was a member of the Bremen United Methodist â€“ Praise Band where he and his wife Denesa worshiped.
It was on March 16, 1978 in Sarasota, Florida that he took Denesa E. Carter as his bride. She survives together with the four daughters they raised. They survive with their families: Tricia Eskridge of Grady, NC and her children Brittney, Kaylee and Kristyn, Cheryl Eskridge of Bremen and children Desiree, Latasia, Rayna and Allie, Deanna (Tim) Jones of Osceola, IN and their children Makiah and Hunter, Stephanie (Justin) Hill of Niles, MI and children Shyasia, Shiquan, Haylea and Jaquan. They were also blessed with seven great-grandchildren.
He is also survived by his brother Thad A. (Lori) Cook of Elkhart, his mother-in-law Winifred Coldiron of North Judson, many nieces and nephews and pet dog Zack.
Preceding in death were his parents, infant son Todd Justin Cook and son-in-law Kevin Champlin.
Todd was an attentive father and never missed their activities in life. He enjoyed travel, hiking and recently took up kayaking at Potato Creek State Park. He had a 25 year career in manufacturing as a plant manager.
Friends may join the family in remembering the life of Todd C. Cook on Friday, August 18th from 4 â€“ 7 p.m. in the Johnson-Danielson Funeral Home, 1100 N. Michigan St., Plymouth.
Services will be held at 11 a.m. on Saturday, August 19th in the funeral home led by Pastor Lynn Breeden.
In lieu of flowers, memorial gifts may be made to the Bremen United Methodist Church, 302 W. Plymouth Street, Bremen, IN 46506.