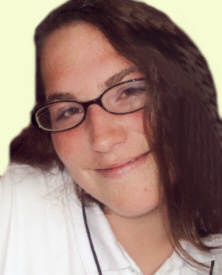 Trisha Leigh Heminger, 28, a North Michigan Road resident, died unexpectedly at her Plymouth home, on Thursday, February 21, 2013. She was expecting her fourth child in June.
Born in Plymouth on May 19, 1984, Trisha was the daughter of Eugene A. and LeeAnne (Shake) Hundt. Her mother would precede her in death on November 12, 2007.
She attended LaVille and Plymouth Schools.
Trisha and Jesse L. Heminger were married in Plymouth on August 20, 2005.
She assisted her father Gene at Hundt Auto Salvage. Trisha loved her family and was a great mother. She enjoyed bowling, music and dancing.
Trisha is survived by her loving spouse, her seven-year-old son, Lowell E. Heminger, her five-year-old daughter, Jasmine L. Heminger and three-year-old son Issac. Also surviving is ten-year-old step-daughter, Morgan M. Heminger.
Her maternal grandmother of Phoenix; DeeAnne Shake, father, Gene Hundt of Plymouth and brother, Chad R. (Nikki) Hundt, of Plymouth also survive along with two nephews and a niece; Trevor, Mikayla and Kayden.
She was preceded in death by her mother LeeAnn.
Visitation will be from 5 to 7 p.m. Monday, February 25, 2013, in the Johnson-Danielson Funeral Home, 1100 North Michigan Street, Plymouth. A funeral service will be held in the funeral home following visitation at 7 p.m. The Revs. Oliver Dongell and Ed Friberg, pastors of the Plymouth Wesleyan Church where she was a member, will officiate along with an uncle Art Heminger.
Interment will be Tuesday in New Oakhill Cemetery, Plymouth.
Memorial gifts may be made to the Plymouth Wesleyan Church, 11203 S. Michigan Road, Plymouth, IN 46563 in Trisha’s memory.