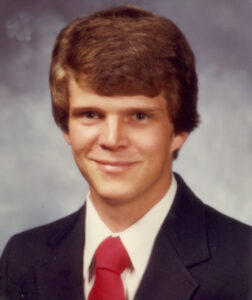 Troy J. Gonce, 48, died at his home at 2:50 a.m. on Sunday, October 16, 2011.
Troy was born in Plymouth on May 14, 1963. He was the son of Stephen H. and DiAnne King Gonce.
He graduated from Plymouth High School with the class of 1982. He attended and graduated from the Nachi School of Robotics in Canada.
Troy was employed at Bremen Glass for over 20 years.
His favorite thing to do was to be involved in his children’s activities.
He enjoyed watching drag racing and motorcycling. Very mechanically inclined, he was always to be found tinkering in his garage.
He loved to play pool and to go hunting and fishing with friends.
Troy is survived by a daughter, Ashley and a son, Garrett, both of Plymouth.
A sister, Jaime J. Gonce (Dean Miller) of Palm Bay, Florida and three brothers, Stephen (Melinda) Gonce Jr. and Abree (Jodi) Gonce, both of Plymouth and Aaron Gonce (Gary Stephans) of Noblesville, survive as well.
Amanda, Monet, Ava, Dustin and Zachery, Troy’s nieces and nephews also survive.
He was preceded in death by his parents.
Visitation and the sharing of memories with the family will be from 4 to 6 p.m. on Thursday, October 20, 2011, at the Johnson-Danielson Funeral Home, 1100 N. Michigan St., Plymouth.
Funeral services for Troy will follow visitation at 6 pm. in the funeral home. Burial will be in New Oakhill Cemetery, Plymouth.
Memorial gifts may be made to the Gonce family.