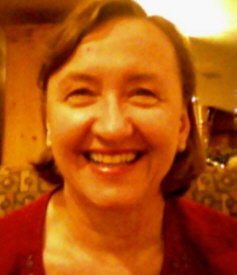 Valerie A. Schaefer-Sciullo, 60, passed away on Saturday, September 21, 2013 after a courageous 2 ½ year battle with cancer in the Nathan Andelson Hospice, Las Vegas, NV.
Born in Plymouth, Indiana on October 1, 1952, Valerie was the daughter of Richard W. Schaefer and Anna B. (Thomas) Schroeder.
She graduated from Plymouth High School in 1970. A great academic student, she attended Ancilla College and Ball State College, before deciding to join the U.S. Air Force Reserves. After being honorably discharged from the reserves, Valerie attended Indiana University- South Bend where she received her Bachelors degree in business.
On January 31, 2000 Valerie married Michael Middle J. Sciullo in Las Vegas, Nevada.
Valerie was first employed by the US Postal Service and then worked for the Federal Government in the Department of Treasury. She retired on October 1, 2012.
Valerie enjoyed playing tennis, cards, slot machines, and loved cats dearly. She loved the fall, and was excited every year from trips home to Plymouth to see the leaves changing and to spend time with her family. She was also a Notre Dame Football fan and a Pittsburg Steelers fan.
She is survived by her husband, Michael of Henderson, NV, and her step-sons: Michael Jr. and Eric (Paula) Sciullo, both of Sacramento, CA; her mother, Anna Schroeder of Plymouth; her sister, Lynn C. Schaefer of Plymouth: and one granddaughter, Isabelle Sciullo.
Also surviving are her nieces and nephew: Tracy (John II) Williams, Tim (Kelli) Stump and Sarah Stump, all of Plymouth; and great-nieces and nephews: Jonathan, Jordyn, Jacob and Sydney Williams, and Chelsea Stump.
She was preceded in death by her father, step-father, Harlan Schroeder, maternal grandparents, Frank (Inez) Thomas, and paternal grandparents, Louis (Evelyn) Schaefer Sr.
Visitation will be from 10 a.m. – 12 p.m. on Friday, September 27, 2013 in the Plymouth Church of the Brethren, 1130 N. Michigan St., Plymouth. Funeral services will immediately follow at 12 p.m. in the church, officiated by Chaplain Tom Padberg.
Burial will be in the New Oakhill Cemetery.
Memorial contributions can be made to the American Cancer Society PO Box 22718 Oklahoma City, OK 73123-1718.