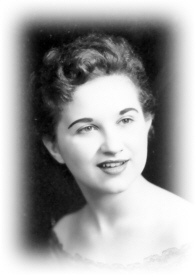 Veronica E. Bernero, 70 died Tuesday June 10th in her home after enduring failing health the past several years. Veronica and her husband Mike have resided in the River Park Community at 805 Baker St. Lot 118 for the past 11 years.
She was born the daughter of Leonard and Evelyn (Krajeski) Estok in Knox, Ind. on April 27, 1938. Raised in Knox, she graduated from Knox High School with the Class of 1956.
On August 17, 1957 she became the bride of Michael A. Bernero in the St. Thomas Aquinas Catholic Church, Knox.
Veronica was employed as a food service supervisor for 15 years with Miller’s Merry Manor in Plymouth and retired in 2001.
She loved time spent with family, travel, cooking, baking and simply being a homemaker. She liked to dance, was an Elvis fan and appreciated Classical music.
Veronica was a member of St. Michael Church, Plymouth and the Women of the Moose #1355.
She is survived by her husband of 50 years, her mother Evelyn Estok of Knox, a son Marc A. (Lisa) Bernero and children; Jason and Cody, a son Patrick M. Bernero, a daughter Charlene D. (James) Espich and child Ryan, and a daughter Rhonda L. Schuh and children; Taylor and Haylee all residing in Plymouth.
Veronica has nine surviving siblings, they are: six sisters; Beverly Dumas of Ohio, and those residing in Knox; Judy Lenning, Stella Biddle, Carlotta Whitcraft, Bobbie Jo Baker and Priscilla Upp and three brothers; Mike Estok, Dennis Estok, and Chuck Estok also of Knox. Numerous nieces and nephews also survive.
Her father preceded her in death.
Services will be held at 10:30 a.m. Friday in the Johnson-Danielson Funeral Home, 1100 N. Michigan St. Plymouth with Rev. Fr. Wm. Kummer officiating. Burial will follow in the New Oakhill Cemetery, Plymouth.
Preferred are memorial gifts to the Marshall County Community Foundation, 2701 N. Michigan St., Plymouth, IN 46563.