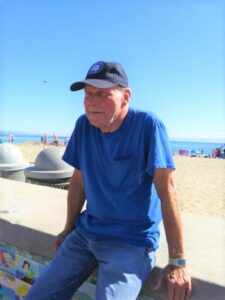 He was preceded in death by his father Virgil Newberry Sr., mother LeVada Phillips, and sister Sandy Rosie.

Virgil and Sherry were married in Fort Meyers, Florida in 1997. Shortly after they moved to northern Indiana where Virgil found a job working for Transit-Mix in Plymouth, where he eventually retired. Even long after his retirement he enjoyed telling stories and reminiscing about all the people he met through work. On an average day you could find time sitting in the living room with his pet’s watching westerns or listening to Oldie’s music.

Per his wishes, no services will be held.