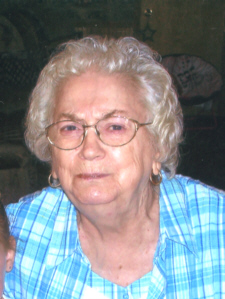 Virginia Wilson, 75, passed away at her residence on Friday, January 8th, 2010 of natural causes. She has been a Plymouth resident since 1962.
Virginia was born in Kansas, Alabama on May 29, 1934, the daughter of James Grady Hodgson and Nona (Moore) Hodgson. It was there she attended school.
On March 17, 1951 in Columbus, Mississippi she became the bride of Joe N. Wilson and together made Plymouth their home. He would precede her in death on June 5, 1988.
For over 30 years she worked for United Technologies. She enjoyed her grandchildren, reading the Bible and gardening.
Surviving are her four children: Barbara (Robert) Gregory, Cecil (Pam) Wilson and Timothy (Paula) Wilson all of Plymouth and James (Rhonda) Wilson of South Bend. Eight grandchildren and eight great-grandchildren also survive as do two sisters; Mattie (Oran) Chastine of Indianapolis and Annie Sue (Leonard) Kelly of Lakeville.
She was preceded in death by her husband, three brothers and a sister.
Visitation will be held on Tuesday, January 12, 2010 from 4 – 8 p.m. in the Johnson-Danielson Funeral Home, 1100 N. Michigan St., Plymouth. Services will be held in the funeral home Wednesday morning at 11 a.m.
Burial will follow in the New Oakhill Cemetery.
Memorial gifts in Virginia’s name may be made to the charity of the donor’s choice.