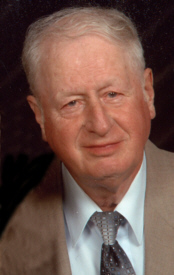 Wayne Crayton Holderead, 77, and a lifetime resident of Plymouth, passed away suddenly at 7:22 p.m. on Tuesday, November 5, 2013 in St. Joseph Regional Medical Center, Plymouth.
The son of Crayton Monroe and Virginia Dawn Vance Holderead, Wayne was born in Plymouth on December 10, 1935. He graduated from Plymouth High School with the class of 1954.
Wayne married Billie June Powell on June 10, 1955 in Grovertown, Indiana.
He worked for Wheelabrators Corp. then for the State Exchange Bank in maintenance. He retired from the Marshall County City Building where he was a groundskeeper. Wayne also worked as a crossing guard and was a member of the Civil Defense of Marshall Co. After retirement, he got a part-time job working at the Dairy Queen in town.
Wayne enjoyed baseball and hockey, his teams being the Detroit Tigers and the Detroit Red Wings. He was a fan of Plymouth football and the boys and girls basketball. Wayne and Billie were members of the Living Faith Fellowship Church in Elkhart, Indiana. He was known as jokester and was very personable. He loved to read. Most of all, Wayne treasured his grandkids and time spent with his family.
Wayne is survived by his loving wife, Billie of Plymouth, and their daughter, Jo Ellen (James) Dick of Goshen, as well as, 8 grandchildren and 13 great-grandchildren. His siblings are Martha A. (Richard) Day of Plymouth, Mary V. (Deane) Stump of Plymouth, Bruce V. ( Janice) Holderead of North Rayalton, OH and Diana K. (Larry) Curtis of Plymouth.
He was preceded in death by his parents.
Visitation will be from 10 – 12 p.m. on Friday, November 8, 2013 in the Plymouth Church of the Brethren, 1130 N. Michigan Street, Plymouth. Funeral services will immediately follow in the church, with Pastor Gary Yordy officiating.
Burial will be in the New Oakhill Cemetery.