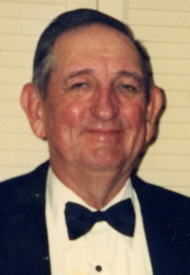 Wayne D. “Sperry” Zehner Sr., 93, passed away peacefully at 11:25 a.m. Saturday in South Bend Hospice House. He was a lifetime Marshall County resident.
Born on November 23, 1921 in Argos, Indiana he was one of eight children born to Benjamin F. and Elizabeth C. (Born) Zehner and the last of that generation remaining.
Wayne graduated from Argos High School in 1939 and then entered the United States Army on September 16th 1942 as a tractor driver providing defense in New Guinea and the Philippine Islands. Awarded three Bronze Stars, he was honorably discharged on December 23, 1945.
On December 22nd 1946 in Lowell, Indiana he took as his bride the former Iola L. Fisher. With Wayne’s mechanical abilities the couple established Zehner Mower Service in 1956 which served the area for the next 55 years. He worked tirelessly hand in hand with Iola knowing exactly where every part, new or used, was located. Wayne was lost at her passing in 1990 but continued the operation until his retirement.
Wayne loved baseball and softball and during that time he was given the nickname Sperry. He enjoyed following Chicago sports teams especially the Cubbies. Wayne remained active in life and was not a stranger to the dance floor.
He provided a great deal of service to the Moose Lodge No. 741 as a past governor, the V.F.W. Post 1162 as a past commander and the American Legion Post 27 as a 70 year member.
He is survived by his three children and families: Sharon K. (Mike) Blubaugh and children Jennifer Guriel and Jeremey Blubaugh, Sandy J. Wilson and daughter Elizabeth Wilson-Paczkowski, Wayne D. (Jeannie) Zehner Jr., and children Michelle Flosenzier, Kent Madden and Andrew Zehner, along with many great and great-great grandchildren. Numerous nieces and nephews also survive.
He was preceded in death by his wife, four brothers; Harold, Reo, Merle and Don Zehner Sr. and three sisters; Goldie Ralston, Ethel Berkey and Florence Harvey.
Visitation will be held on Tuesday, September 15th from 4 – 7 p.m. in the Johnson-Danielson Funeral Home, 1100 N. Michigan St., Plymouth. The evening will end with Moose Rites.
Funeral services will be held on Wednesday, September 16th at 11 a.m. in the funeral home with Rev. Charles Krieg presiding. Burial will military honors provided by members of the Plymouth V.F.W., American Legion and D.A.V. will follow in the Oakhill Cemetery, Plymouth.
Memorial gifts may be made to South Bend Hospice House 111 Sunnybrook Ct., South Bend, IN 46637.