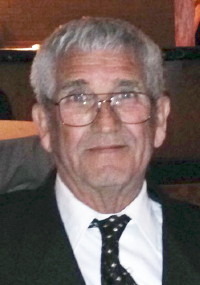 Wayne L. Pontius, 75, passed away in the care of his loving family on Friday April 24, 2020 at 6:45 p.m. in Frostproof, Florida. He was a resident of Indiana, living in the Marshall County area, from his birth until he moved to Florida in 2005.
He was born on December 2, 1944 in Plymouth, Indiana to Russell Paul and Inez Irene (Cox) Pontius. He graduated from Tyner High School with the class of 1963.
Wayne married his high school sweetheart, Carol J. Williams on April 12, 1964 in Teegarden, Indiana. They were married for 39 years until Carol passed away August 1, 2003.
He retired from Kropp Fire Protection in 2000 after twenty-four years as a sprinkler fitter. Wayne also served on the Polk Township Volunteer Fire Department as an Assistant Chief.
After moving to Florida in 2005, he met and married Edna La Jean Rowe Phillips on June 24, 2006 in Winter Haven, Florida. La Jean passed away May 17, 2014.
He had many hobbies, enjoyed fixing things, and loved to be outside. Wayne was a member of the Teegarden First Brethren Church. He loved time with his family, especially his grandchildren. Wayne is survived by his children: Timothy A. (Brenda) Pontius of Crystal Lake, IL, Janet K. (Amy) Pontius of Elkhart, Victoria M. Stevens of Goshen, and Michelle D. (Kenny) Smith of Lakeville; and 7 grandchildren and 2 great-grandchildren. His kids will miss his weekly phone calls.
Also surviving are his siblings: Evelyn (Bob) Smith, Barbara Keith, Larry (Karen) Pontius, Allen (Donna) Pontius, Carol (Bob) Duncan and Mark (Beth) Pontius, and numerous nieces and nephews.
He was preceded in death by his parents, his wives Carol and La Jean, and his brothers, Jay and James Pontius.
Due to the restrictions on social gatherings, the family will have a private service.
Memorial contributions can be made to Good Shepherd Hospice, 450 Arneson Ave, Auburndale, FL 33823 or at www.chaptershealth.org.