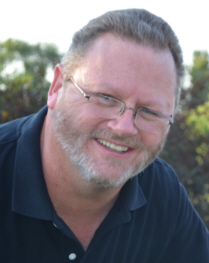 Wayne Martin Dixon, 51, a loving and devoted husband and father, residing in the South Bend area for the past 30 years, died in his residence with his wife and children by his side, on Saturday, December 21, 2013. With great determination, Wayne had fought cancer for the past eight years. He was an inspiration to all for his courage and strength
Wayne was born in Chicago, Ill on July 11, 1962, the son of Daniel and Rosemarie A (Gray) Dixon. The family moved to the Knox area when he was three years old. He graduated from Knox Community High School in 1980 and went on to receive an Associate’s degree from Ancilla College where he met the love of his life, Terri Bottorff. Wayne was the General Manger of Superior Oil located in Elkhart. He was a member of the North Liberty Church of Christ and the Tyner I.O.O.F. Lodge No.821.
He is survived by his wife Terri, a son, Daniel Joseph and a daughter, Tori Renee, both of South Bend. His mother, Rosemarie Dixon of Knox, and his two brothers, Brian P. (Kathy) Dixon of Knox and Daniel Michael of Ft. Wayne.
His in-laws, Joe and Sally Bottorff of Plymouth survive as well. He was preceded in death by his father, Daniel.
His family will cherish the memories they had on their annual trip to the Smokey Mountains. Considering himself a Chicago native, Wayne loved the Chicago White Sox, the Chicago Bears and Chicago Blackhawks. Friends may visit with Wayne’s family from 10 a.m. – 12:00 p.m. noon EDT on Friday December 27, 2013 in the North Liberty Church of Christ, 65225 State Road 23, North Liberty, IN 46554. Memorial services will immediately follow in the church with Pastor Tim Stewart officiating.
Memorial gifts may be given to American Cancer Society 130 Red Coach Drive, Mishawaka, IN 46545 or the Logan Center 2505 E Jefferson Blvd, South Bend, IN 46615.