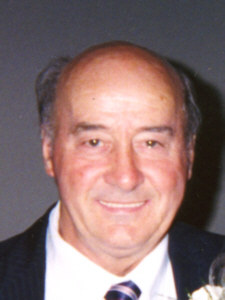 Wayne Ringer, 70, 18702 West 4B Road, Walkerton, Indiana, died of natural causes in Saint Joseph Regional Medical Center, South Bend, at 2:02 p.m. on Saturday, October 21, 2006.
Faith and family were the two most important things in Wayne’s life.
A graduate of Argos High School with the class of 1953, Wayne was the son of Roy and Ruth Bowdy Ringer. He was born in Argos, Indiana, on December 15, 1935.
He was first married to Arletta Low in Niles, Michigan on August 31, 1958. Arletta died on September 27, 1984.
On November 18, 1988, Wayne and Deborah Snider were married in South Bend.
Wayne was a lifelong commercial truck driver.
Very creative and incredibly skilled with his hands, he loved mechanical work and was an expert welder.
He attended the Plymouth Baptist Church and was a member of the Full Gospel Businessman Fellowship.
Wayne is survived by his wife, seven daughters and two sons.
His sons are Phil Ringer of Waterloo, Indiana, and Patrick and Melodie Ringer of South Bend, Indiana.
His daughters are Christina Dickson, Plymouth; Connie and Steve McCoige, Walkerton; Carla Ringer, Plymouth; Corina and Lyle Stutzman, Niles, Michigan; Cheryl and Bart Tragesser, Cathy and Tim Messenger; and Coleen and Nate Lillie, all of South Bend.
Twenty-one grandchildren and four great-grandchildren also survive.
Wayne was preceded in death by his parents, his first wife, and a sister, Lura Holderman.
Friends will be welcomed by the family on Tuesday, October 24, 2006, from 4 to 7 p.m. at the Plymouth Baptist Church, 11345 9 A Road.
Funeral services for Wayne will be held, following visitation, at 7 p.m. on Tuesday evening at the church. Associate Pastor Jim Repp will officiate.
Private interment services will be held at the Chapel Hill Memorial Garden, Osceola, Indiana.
Memorial gifts in Wayne’s memory may be made to the Plymouth Baptist Church.