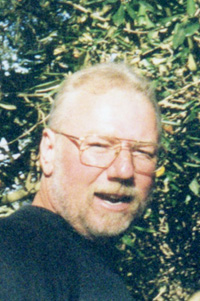 Willard F. “Twig” Cole Jr., 60, passed away peacefully at 3:40 a.m. on Thursday November 12, 2015 in the St. Joseph Regional Medical Center in Mishawaka.
Willard was born to Willard F. Sr and Gracie (Allen) Cole on August 28, 1955 in Pontiac, Michigan. He attended Triton High School.
Being an all-around handy man and entrepreneur, Willard began his own construction business: renovating and building new homes, as well as other various small jobs. He had a heart for classic cars, restoring and rebuilding many. He enjoyed buying and selling items.
A very talented man when working with his hands, Willard was also a very simple man that loved life. He was thankful for his family and was an awesome grandfather. They loved spending time with their Pop Pop.
He is survived by his children: step-daughter Brandy (fiancé Adam), Tracey, Jeremiah, Carrie, Jamie and Jolene, and many grandchildren. His sister, Greta Anderson of Plymouth, also survives.
He was preceded in death by his parents and brothers, Timothy and Kim Lynn Cole.
Family services will take place. Willard will be laid to rest with his parents in the New Oakhill Cemetery, Plymouth.