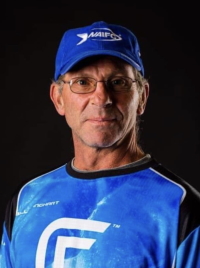 William G. Banghart 56, of Plymouth, Indiana passed away suddenly on Tuesday morning at the St. Joseph Regional Medical Center, Plymouth, following a sudden illness.
William was born in LaPorte, Indiana to William G. Ritlaw and Sara J. Banghart on March 31, 1963. He graduated from LaPorte High School and also graduated from North Central Indiana Bible College of Indianapolis, Indiana.
He was retired from the U.S. Army serving from 1981 until 2003, 22 years. He retired as a 1st Sergeant having served in Dessert Storm.
He married Deborah A. Banghart on September 17, 1994 in South Bend, Indiana and she survives. Also surviving are daughters; Sara Banghart (Kody Wood) of LaPorte, Indiana, Christine Banght (Alex Sadouk) of Monmouth, Oregon, and Hope (Victor) Muniz of South Bend, Indiana, and son; Joshua Banghart of Plymouth, Indiana, sister; Penny Banghart of Plymouth, Indiana, and brother; Scott (Tracy) Banghart of LaPorte, Indiana, and grandchildren; Raelyn and Jaxsen.
He was preceded in death by his mother, Sarah Banghart, and step-father, Joseph Banghart, and his father, William Ritlaw.
William was a disabled veteran, and owner/operator of Brother and Sister painting in Plymouth, Indiana and had been previously employed at New York Blower in LaPorte and also Hedwin in LaPorte.
William was an avid hunter and fisherman and ran many area bass tournaments. He was also a professional ice fisherman and avid Notre Dame football fan.
He was a member of Church of the Heartland in Plymouth, Indiana, North American Ice Fishing Circuit and USA Bassin.
Visitation for William will be held on Sunday October 6, 2019 from 3:00 to 7:00 P.M. at the Church of the Heartland 705 East Jefferson Street, Plymouth, Indiana, and will continue on Monday, October 7, 2019 from 10:00 A.M. until the time of the funeral service at 11:00 A.M. with Pastor Heath Hiatt officiating. Burial will take place at a later date at the Arlington National Cemetery, Arlington, Virginia.
Memorials should be directed to the family as a memorial fund is being established.