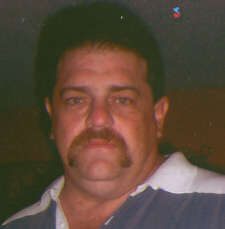 William “Bill” D. Holland, 40, of 711 Lake Ave. Plymouth, IN died Thursday, March 23, 2006 in Malcolm, Iowa of sudden heart complications.
Bill was born in the old Parkview Hospital in Plymouth, IN on April 2, 1965 to David and Sandra Vinall Holland. He attended Plymouth Schools.
Bill was employed with Mid – West Logistics as a truck driver. He had worked as a truck driver for the past 10 years. He attended St. Thomas Episcopal Church, Plymouth, IN During his spare time Bill enjoyed working on cars and his truck. Bill was a great cook and loved spending quality time with his sons. Most recently, Bill had just constructed a swing set for his son, David.
Bill is survived by his parents; David and Sandy Holland, Plymouth, two sons Andrew Whittaker, Mishawaka, and David Holland, Plymouth. He is also survived by three sisters and their husbands, Lisa & Roger Drown, Urbandale, Iowa, Lori & Mike Faylor, Culver, Indiana, Leah & Sean Kellenberger, Edina, Minnesota, Bill’s maternal Grandmother, Mary Vinall and paternal Grandmother Mary Jane Holland both of Plymouth, Indiana also survive him. Eleven Nieces and Nephews and two great Nieces survive him as well.
Bill was preceded in death by his two grandfathers Julius J. Vinall and Eldon (Dutch) Holland.
Friends will be welcomed by his family on Monday March 27, 2006 from 5 to 8 p.m. and after 7:00 am on Tuesday March 28, 2006 at the Johnson – Danielson Funeral Home, 1100 N. Michigan St., Plymouth.
Funeral services will be held at 10:00 am on Tuesday March 28, 2006 at the Johnson-Danielson Funeral Home with Fr. John Schramm, Pastor of St. Thomas Episcopal Church, officiating.
Burial will follow services at the New Oakhill Cemetery, Plymouth, IN.
Memorial contributions may be made to a fund set up at National City Bank to benefit his Sons.