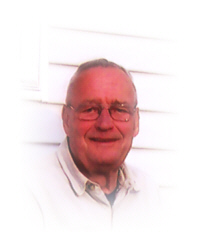 William J. “Bill” Shidaker, 74, a Plymouth resident for the past 11 years at 17180 Tomahawk Trail, coming from Leiters Ford, died unexpectedly on Saturday, August 20, 2005, at 2:45 p.m. in St. Joseph Regional Medical Center, South Bend.
A Fulton/Marshall County resident most of his life, Bill was born in Argos, Ind. on August 9, 1931. He was the son of Lurt and Ledema Aldefer Shidaker.
He attended Argos Schools and Washington High School of South Bend.
On January 28, 1950, Bill and Betty L. Feece were married at Sacred Heart Church in Lakeville.
From 1976 to 1988, he owned and operated Bill’s Grocery in Leiters Ford. Bill was well versed in all aspects of running a business and could fix anything, he was currently working in his son Bud’s family business, SIR Graphics in Granger, Ind. He enjoyed outdoor activities, particularly gardening. He loved fishing, especially trips to Canada with his sons and grandsons. He enjoyed air travel and also did some motor home traveling including periods where he cooked and served up Elephant Ears at area festivals and fairs.
A free spirited character, Bill was a devoted family man. His family meant everything to him and his activities always included as many of them by his side as possible.
Baptized a Roman Catholic, he attended Mass at St. Mary’s of the Lake Roman Catholic Church in Culver.
Bill is survived by his loving wife of 55 years and their nine children
They are: W. John and Connie Shidaker, Brown County, Ind.; Rick and Vickie Shidaker, Eugene, Ore.; Pati and David Bauschke, South Bend, Ind.; Bud and Pam Shidaker, Granger, Ind.; Peggy and Tom Prikosovich, South Bend, Ind.; Randall and Tammy Shidaker, South Bend, Ind.; Vicki Carpenter, Kewanna, Ind.; Cheryl Bush, Indianapolis, Ind., and Cyndi and Scott Christian, Grand Rapids, Mich.
Nineteen grandchildren and two great-grandchildren also survive, together with a sister, Laura Ann Miller, Elkhart, Ind., a brother and sister-in-law, James and Joyce Shidaker, Three Rivers, Mich., and numerous nieces and nephews.
Bill was preceded in death by his parents.
There will be no visitation.
A Mass of Christian Burial will be held for Bill at 11 a.m. on Tuesday, August 23, 2005, in St. Mary’s of the Lake Roman Catholic Church, 124 College Ave., Culver, Ind.
The Rev. Father William Kummer, pastor of St. Michael’s Roman Catholic Church, Plymouth, will officiate.
Burial will be in New Oakhill Cemetery, Plymouth.
The Johnson-Danielson Funeral Home, 1100 N. Michigan St., Plymouth, is in charge of all arrangements.
Memorial gifts may be made in Bill’s memory to the Marshall County Hospice or the American Heart Association.