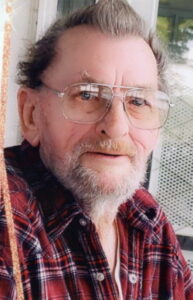 William Blankenship, 87, passed away on Wednesday December 23, 2020 surrounded by his family.

Born in Gary, Indiana on May 27, 1933, William was the son of Thomas and Esther (Copley) Blankenship.

On November 6, 1970 William married Carolyn in Mishawaka, she preceded him in death.

He worked as a roofer for most of his life and owned Ideal Roofing for 40 years. William loved fishing, hunting rabbits, pheasant and deer. He also loved to box and before a sidelining injury, he was almost a professional boxer.

William is preceded in death by his parents and wife Carolyn.

Per the wishes of the family, there will be no services.