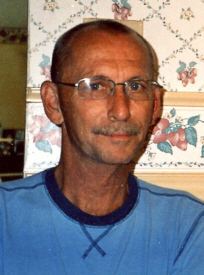 William Chester “Buddy” Freital Jr., 57, a Plymouth resident for over 7 years, passed away with his wife by his side at 11:35 p.m. on Sunday, May 18, 2014 after a courageous battle with cancer.
Born in Marion, Indiana on September 14, 1956, William was the son of William C. Freital and Carolyn S. “Susie” (Ragon) Mays.
On March 10, 2004 William married Karen Ann Mozden in Wabash, Indiana. He worked for the Salamonie Reservoir before the couple moved to the Plymouth area. He then worked in the maintenance department at the South Bend Juvenile Correctional Facility.
William was a hardworking man who enjoyed time spent with his family.
He is survived by his loving wife of 10 years, Karen of Plymouth, and his mother, Susie Mays of Wabash. His children are Shannon and Shane, and his step children are Leeann (Terry) Kidd of South Bend and Gary L. Hunt Jr. of Wabash. Also surviving are his 2 grandchildren, 6 step grandchildren and 2 step great-grandchildren.
His siblings include Diana Ragon of Marion, Anna Louise (Rick) Graham of Fairmount, Roberta (Paul) McKnight of Wabash, Robert Allen Freital of Wabash and Tamera Lee Freital of Wabash
William was preceded in death by his father.
As per the family’s requests, there will be no services at this time.