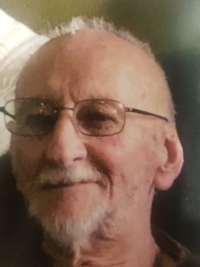 William Richard Clyde, 88, rejoiced in the arms of the Lord on Sunday, February 23, 2020, at his son’s home in Argos, IN. Bill succumbed following a courageous battle and over a year on hospice. Born in Joliet, Illinois on December 13, 1931, he was the son of John and Carrie (Hansel) Clyde. He graduated from Kewanna High School in Kewanna Indiana, with the class of 1949. He went on to join the Army, earning the rank of Sergeant before his honorable discharge in 1955.
On August 11, 1956, Bill took Norma White to be his bride, in Angola, IN.
Bill worked in the Recreational Vehicle industry. His true passion was his family, he put everything into his seven children. A thoughtful and kind man, he was always giving of his time and resources to help his neighbors. He enjoyed gardening, and following the stock market, as well as playing online solitaire. The greatest comfort to Bill was his faith in God and the Catholic Church. He also enjoyed farm animals, especially hearing his sons’ donkeys bray. He was a former member of the Plymouth Moose Lodge #271.
William is survived by his 7 children; Lorene McNeely of Warsaw, IN, John (the late Debbie) Wickard of Greensburg, IN, Jim and Colleen Wickard of Argos, IN, Theresa and Eric Deery of Plymouth, IN, Norma and Earl Goodsell, of LaPaz, IN, Matt and Amy Clyde of Argos, IN and Richard Clyde of Plymouth, IN; Sister, Carol Bauman of Kewanna, IN; sisters-in-law Cheryl Clyde of Palmer, AK and Sharyne Clyde of Joliet, IL; 14 grandchildren, 34 great-grandchildren, and 14 great-great-grandchildren. Bill was preceded in death by his wife, Norma Clyde, parents, John and Carrie Clyde, a great-granddaughter, Amber Louise Bachtel, and five of his siblings, Shirley, Bob, Don Oliver, and Earl.
Friends will be welcomed to share memories and celebrate the life of William Richard Clyde, a kind and gentle man, father and grandfather, but most of all respected friend to many, on Sunday, March 1, 2020, from 4 to 6 p.m. in the Johnson-Danielson Funeral Home, 1100 N. Michigan St., Plymouth. A Rosary will be recited at 6 p.m.
Mass of Christian Burial will be held at 11 a.m. on Monday, March 2, 2020, at St. Michael Catholic Church, 611 N. Center Street, Plymouth with Fr. John Korcsmar, CSC officiating. Visitation will resume one-hour prior in the church. Burial will follow in New Oakhill Cemetery, Plymouth, Ind. with Military Honors provided by members of the American Legion Post 27, Veterans of Foreign War- Marshall County Post 1162 and Disabled American Veteran Chapter 42.
Memorial gifts in Bill’s memory may be given to Heart to Heart Hospice of Northern Indiana at 620 Edison Rd., Suite 122, Mishawaka, IN 46545, or to Rileys Childrens Foundation at 30 S Meridian St #200, Indianapolis, IN 46204, a favored charity of Bill’s.