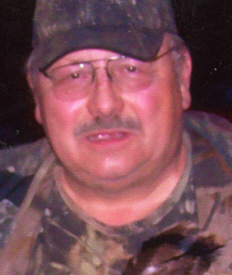 William D. Spencer Jr., 66, a former Plymouth resident, passed away under hospice care at 3 p.m. Friday, July 29th in the I.U. Health â€“ Goshen following an extended illness. For the past three years, Bill has resided in Lagrange.
Bill was born in Carlinville, Illinois on September 6, 1949 the son of William D. & Norma Jean (Chapin) Spencer. The family moved to Plymouth, Indiana where Bill completed high school with the PHS Class of 1968. He then attended Barber College and began barbering in the Carlinville and Mendon areas. In Mendon, he assisted with farming. He transitioned to manufacturing in quality control to which he was very proficient. He had worked for Colt Industries in Quincy, Illinois, the Gunite Corporation in Elkhart and then Lycro Products Co. in Wakarusa.
On July 6th, 2013 in Wolcottville, Indiana he took as his wife the former Pamela K. (Rosendaul) Hoff. The couple enjoyed worshiping at the South Milford Church of Christ in Wolcottville.
Bill liked fishing and hunting, especially water fowl. He had served many years as a Scout Master and competed in muzzle loader events. He was also a longtime member of the Beagle Club in Bristol.
Bill is survived by his father William D. Spencer Sr. of Plymouth, his wife Pam, son Shawn W. (Elizabeth) Spencer, daughter Nickole (Jeremy) Plank all of Goshen along with a step-daughter Amanda J. Dunn. Also surviving are three granddaughters, three step-grandsons and former spouse Karen K. (Kasparie) Spencer of Goshen.
He also has four siblings who survive. Charles H. (Judy) Spencer of Bristol, Richard F. (Sandra) Spencer of Elkhart, Beth A. (Jeffrey) Siderius of Wheaton, Illinois and Mary L. (Damian) Mizera of Maryville, Missouri along with many nieces and nephews.
Bill was preceded in death by his mother Norma Jean and a sister Sue Ellen Weyrick Wilson.
Visitation will be held on Wednesday, August 3nd from 10 a.m. until noon in the Johnson-Danielson Funeral Home, 1100 N. Michigan St., Plymouth. Funeral services will be held there at noon with the Rev. Brian Walter presiding.
Burial will follow in the New Oak Hill Cemetery in Plymouth.
Memorial gifts may be given to the family.