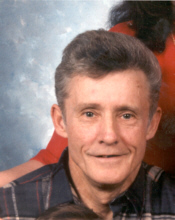 William “Bill” Hall, 61, 15662 11th Road, Plymouth, died at his residence, following a long illness, at 2:55 a.m. on Thursday, May 1, 2003.
Bill was born in Sheffield, Ala., on January 5, 1942; he was the son of Louis M. and Nina Deane Goodwin Hall. He attended Alabama schools.
On July 5, 1985, in Plymouth, Bill and Rhoda Hattery were married.
A graduate of a professional bartender’s school, Bill was a retired bartender.
An outdoorsman, he enjoyed fishing, camping and spending time with his grandchildren. He also participated in bowling and had a great time with friends at the sport.
He was a member of the Faith Baptist Church, Plymouth.
In addition to his wife, Rhoda, Plymouth, Bill is survived by their six children, 12 grandchildren, one great-grandchild, and two step grandchildren
His sons are Billy and Roberta Hall, Ariz., and Richard Hall, Fla. His four daughters are Laura and Steve Peot, Wis.; Lisa and Scott Joiner, Ariz.; Crystal Dutcher and Briana Rudd, both of Plymouth.
A brother, Curtis Carrithers, Illinois., and seven sisters survive as well. They are: Marylou and Glen Goforth and Elizabeth Dominquez, both of Walkerton; Diane and Jim Krzeminski, Chicago; Kerry and Junior Salazar and Linda Carrithers,(Dan Lannie), Ill.; Sandra Kent, and Tina Carrithers, Bill was preceded in death by his parents and by one brother, J.C. Carrithers.
The Johnson-Danielson Funeral Home, 1100 N. Michigan St., Plymouth, is in charge of arrangements for the family. Memorial gifts may be made to the American Lung Association.