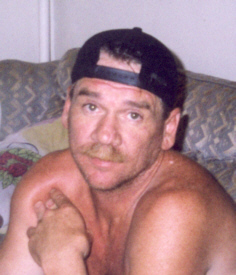 William J. “Bill” Collins, 50, a resident of Downtown Garden Court, passed away unexpectedly at his residence of natural causes at 12:49 p.m. Friday, October 21, 2011.
Bill was born on May 5, 1961 in Plymouth, the son of James A. and Luella M. (Hundt) Collins. He was preceded in death by his father while his mother, Luella Collins-Powell now resides at Koontz Lake, Indiana.
Bill attended Plymouth schools and worked in the area as a concrete finisher until becoming disabled.
He had enjoyed swimming, fishing, hunting and NASCAR. Bill could often be seen walking with his two small children.
Surviving along with his mother are his two daughters; Rebecca L. and Angel M. Collins both of Plymouth. Two brothers and a sister also survive. They are; Randy L. Heckaman of Plymouth, Tom C. Collins of Koontz Lake and Debra A. Geisleman of New Orleans, Louisiana. Bill also leaves behind several nieces, nephews, aunts, uncles, cousins and friends.
Along with his father, Bill was preceded in death by two brothers; James E. Collins and Stephen F. Collins and a sister, Katherine K. Collins.
Visitation will be held from 5 – 7 p.m. on Wednesday, October 26th in the Johnson-Danielson Funeral Home, 1100 N. Michigan St. Plymouth where services will begin at 7 p.m. The Rev. Steven Resner, pastor of Calvary Lutheran Church will officiate.
Burial will be in the New Oakhill Cemetery.
Memorial gifts may be made to the family.