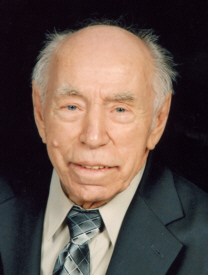 William John Nykiel, 87, a resident of Jarrah Road Bremen, passed away at 10 a.m. Sunday of natural causes in Miller’s Merry Manor – Plymouth. Formerly of Chicago Heights, Illinois, William and his family were lured to rural Marshall County in 1975 to continue farming but removed from the city. Farming was a passion that he passed down to his family.
William was born in Chicago Heights on November 16, 1927, one of four sons born of Polish emigrants Stanley and Alexandra Nykiel.
He received his education at St. Joseph Catholic grade school and Bloom High School both in Chicago Heights. He then served during WWII as a machinist in the U.S. Army.
William was a crane operator for 36 years with the Ford Motor Co. in Chicago Heights. He also farmed, was an expert welder and simply enjoyed piddling in his farm shed.
On May 7, 1960 in St. Agnes Roman Catholic Church he wed Rita M. Herman who survives. The couple was currently members of St. Michael Catholic Church in Plymouth.
Surviving along with Rita are seven children and their families: Steve and Pamela (Callendar) Nykiel with son Nathaniel Nykiel of Colleyville, TX, Daniel and Mary (Taylor) Nykiel with children Jordan and Emily Nykiel of Collierville, TN, Ronald and Charity (Doerscher) Nykiel with children Jacob and Sydney Nykiel of Bremen, Sandra and (late Michael) Davis of Argos with children Adam Davis, Greg Davis Dawn Ickes and Dustin Cullen, Andrew and Lori (Huffman) Nykiel with daughter Jenna Nykiel of Bremen, Jerry and Tammy (Stein) Nykiel of South Bend and Marlene Dolan of Bremen with children Aleczandra Dolan, Thomas Dolan and Destyni Carbon. Five great grandchildren also survive.
He was also preceded in death by his three brothers: Hillard, Mitchell and Walter Nykiel.
Visitation will be held on Wednesday November 11th from 4 – 7 p.m. EDT in the Johnson-Danielson Funeral Home, 1100 N. Michigan St. Plymouth.
Mass of Christian Burial will begin at 11 a.m. EDT Thursday November 12th in St. Michael Catholic Church, 613 N. Center St. Plymouth. Visitation will continue in the church from 10 a.m. until 11 a.m.
Burial will follow in the New Oakhill Cemetery, Plymouth with military honors provided by members of the American Legion Post 27, Veterans of Foreign Wars – Marshall Co. Post 1162 and the D.A.V.
Memorial gifts may be made to St. Michael Parish, 612 N. Walnut St., Plymouth, IN 46563