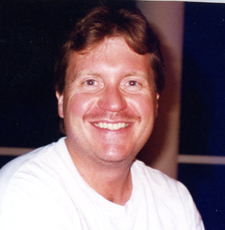 William P. Brown 53, of the Lincolnway neighborhood, Plymouth passed away on Thursday August 16, 2018 at his residence. He was born on April 9, 1965 in Ft. Wayne to George E.R. and Mary Jo Brown. He graduated from Plymouth High School Class of 1983 and attended Purdue University and studied Aeronautical Engineering.
He was formerly employed at Forrest River in Etna Green and had also worked at Anco Office Supply in Plymouth.
Survivors include his father and step-mother; George E.R. ( Judith ) Brown of Winona Lake, step-brothers; Jim (Leah) Hartung of Plymouth, and Jon (Caroline) Knepper of Sulphur, Louisiana; step-sister; Jackie (Rick) Jozwiak of Middlebury.
He was preceded in death by his mother Mary Jo Brown in 1979 and a step-sister Jolene Knepper.
A memorial visitation will be held on Sunday, August 19, 2018, from 2:00 P.M. until 3:00 P.M. at the Johnson-Danielson Funeral Home 1100 N. Michigan Street, Plymouth, followed by a memorial service at 3:00 P.M., with Pastor Ed Friberg officiating.
Inurnment will take place at New Oak Hill Cemetery, Plymouth at a later date.