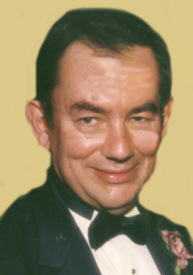 William Dale Tanner, 70, died at 3:55 pm on April 5th, at Millers Merry Manor in Plymouth, In., following a lengthy struggle with dementia. His family was at his bedside. Bill was born in Plymouth, In., to Robert and Virginia Ruggles Tanner, and resided in and around Plymouth most of his life. He graduated from PHS in 1961. He was an accomplished musician and excelled in the music department and received many awards and medals for both vocal and instrumental music. Bill also graduated from the Culver Military Academy Summer Naval School. Bill attended IU School of Music, and graduated with a degree in music education. While at IU, he was a member of the Singing Hoosiers, the Marching 100, and Phi Sigma Kappa Fraternity. His major instrument was piano and a minor in trumpet. He married Carolyn Rowe on Aug. 21, 1965. There they had three sons, David, Dan and Joe. Bill loved to go on vacations with the family, go to theme parks with his kids and enjoyed occasional trips to Wrigley Field. Bill taught in the Triton and Oregon Davis school systems. He was very influential in the development and growth of their instrumental music programs. He touched the lives of many students. Bill loved teaching and he opened the Teachers Music Studio with Charlie Atkins, in South Bend. He also had studios in Plymouth at JR Music Service, and Wagoner’s Music Store. Bill played professionally most of his adult life. He started with a jazz trio and later joined with Roger Kronk and his band “Little Roger and the Dixieland Giants”. Bill also played with several South Bend bands, taking part in the Park Concert series and the Elkhart Jazz Festival. He was very devoted to the First Presbyterian church and provided such beautiful music. In 1969, he became the organist and choir director and he continued all his musical activities until his illness forced him to retire. Surviving are his sons: David (Michelle), their children, Zach, Jon, Sarah, and Andrew; Dan (Jeanne) and their children, Maggie, Lauren, Sam, Claire, and Leah; Joseph (Ashli) and their child, Alex. He is also survived by his sister Jeannie (Bill) Adams, and their children Brad Ebert and Michael Adams; his Aunt Betty Ruggles and her children, Ann Bowser and Jim Ruggles; and his former wife, Carolyn Rowe Tanner.
He was preceded in death by his grandparents, Hubert and Helen Tomlinson Tanner, Cliff and Ruth Ruggles, his parents Robert and Virginia Tanner, his second wife Cindy Scroggs Tanner and several aunts and uncles. Bills tremendous musical talent will be remembered by so many who heard and enjoyed his delightful performances. His Grandfather, Hubert, Grandmother Ruth and his mother, Virginia were all accomplished musicians. His sons are all musically talented, and his granddaughter, Sarah, is an accomplished musician at the age of 15. Bill’s legacy will live on through them. We would like to thank all the nurses and doctors at Bremen Community Hospital, SJRMC in Plymouth, and the compassionate and kind care provided to Bill at Miller’s Merry Manor in Plymouth. Visitation will be on Tuesday, April 9, 2013 from 4:30 p.m. – 7:00 p.m. at the First Presbyterian Church, 401 North Walnut Street, Plymouth. A Memorial service will follow in the church at 7:00 p.m. with Rev. Jean Spark officiating. The Johnson-Danielson Funeral Home will be assisting with the services.
Burial will be in the Oakhill Cemetery on Wednesday, April 10, 2013 at 11:00 a.m.
Memorial contributions can be made to the Marshall County Human Society, P.O. Box 22, Plymouth, IN 46563.