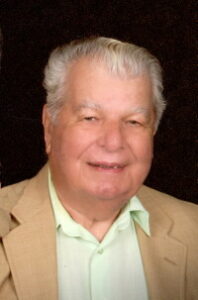 William V. Wenino, 90, passed away at 7:44 a.m. on Friday, October 4, 2019 at Catherine Kasper Life Center in Donaldson.
Lifetime Plymouth resident, Bill was the son of Vernon H. â€œTomâ€ and Rachel A. (Burkett) Wenino. He graduated from Plymouth High School with the class of 1947.
Bill served in the U.S. Army until his Honorable Discharge in 1952.
On November 20, 1955 in Plymouth, William married Evelyn J. â€œEvyâ€ Kuskye. They shared 61 years together before her passing on October 7, 2017.
Bill worked for United Technologies for 34 years as an assistant plant manager until his retirement in 1991. In 1990, Bill was one of three employees who earned the Leadership Award for the automotive products division.
He was a 50 plus year member of: the Plymouth Gun Conservation Club, the National Rifle Association and Ducks Unlimited. He was also an avid hunter and fisherman.
Bill is survived by his brother, James (Joyce) Wenino of Plymouth, IN and many nieces and nephews including: Shawnda (Steve) Wenino of Plymouth, Pamela Wenino of Fish Lake, IN and Ricki (Joe) Garrison of Plymouth.
He was preceded in death by his parents and his wife, Evy.
Visitation will be held on Monday, October 7, 2019 from 12-2 p.m. in the Johnson-Danielson Funeral Home, 1100 N. Michigan Street, Plymouth. Funeral services will follow at 2 p.m. in the funeral home.
He will be laid to rest with Evy in the New Oak Hill Cemetery, Plymouth.
Memorial contributions can be made to the Plymouth Gun & Conservation Club, 10477 Muckshaw Road, Plymouth, IN 46563 or donorâ€™s choice.