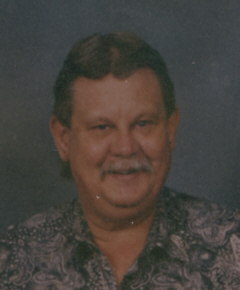 William “Bill” Wheat, 62, died at 4:30 a.m. on Saturday, March 19, 2011 at his residence in Plymouth, from natural causes.
The son of William F. and Henrietta Blair Wheat, Bill was born in Lexington, Kentucky on February 15, 1949.
Bill graduated from Lexington High School. After graduation, he served in the U. S. Army in Vietnam
On August 19, 1985, Bill and Shelly Green were married in Plymouth.
Bill worked as a car salesman for 25 years in South Bend, Plymouth, Elkhart and Michigan.
He had his pilot’s license and enjoyed flying planes, golfing, riding Harley-Davidson motorcycles and was a member of the American Legion and V.F.W.
Bill is survived by his wife, Shelly, five: sons: Steve (Lisa) Wheat, Terry Wheat, Jerry (Robin) Wheat, Keith (Heather) Nickerson and Joseph Wheat; two daughters: Tabitha Nickerson and her fiancée, Charlie and Jennifer (Bryan Weaver) Wheat; 17 grandchildren and two great-grandchildren, all of Plymouth.
He was preceded in death by his parents, A brother, Chuck Wheat and a sister, Nancy Wheat. Friends are invited to share memories with Bill’s family on Tuesday, March 22, 2011 from 3 to 7 p.m. at the Johnson-Danielson Funeral Home, 1100 N. Michigan St., Plymouth. Funeral services will be held immediately following visitation at 7:00 p.m. in the funeral home.
Military graveside services will be held at 2:30 p.m. on Wednesday, March 23, 2011 in New Oakhill Cemetery, Plymouth.
Memorial gifts may be made to Bill’s family.