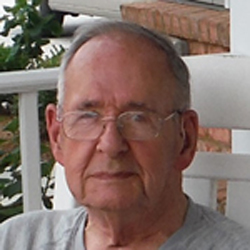 Willis L. Hunnicutt, 87, of Plymouth, passed away Sunday, September 17, 2017 in the St. Joseph Regional Medical Center â€“ Plymouth Campus.
Willis was born August 29, 1930 in Muncie, Indiana, to the late Charlie N. and Florence G. (Musselman) Hunnicutt.
On April 2, 1955 in Muncie, Indiana, he married Freda M. Bailey; and she survives.
He graduated from Royerton High School in 1948 and then went on to graduate from the Allied Institute of Technology in Chicago.
He served in the United States Army and was honorably discharged in 1953.
Willis was in the field of Foundry Automation as an Engineer for many years.
Surviving is his loving wife of sixty-two years; Freda M. Hunnicutt of Plymouth, daughter; Rita K. (Bruce) Shine of Granger, Indiana, son; Karl L. Hunnicutt of Jacksonville, Florida, daughter; Rhonda J. (Mark) Wilkerson of Stelle, Illinois, daughter-in-law; Nancy Hunnicutt of Jacksonville, North Carolina, seven grandchildren and twelve great-grandchildren. Also surviving are two brothers; Wayne E. Hunnicutt of Big Bend, Wisconsin, Jerry L. Hunnicutt of Gaston, Indiana, and one sister; Janice K. (Earl) King of Colorado.
He was preceded in death by his parents, son; Jay E. Hunnicutt, brother; John Rodger Hunnicutt and three sisters-in-law; Norma, Judy and Ellen Hunnicutt.
Visitation will be on Thursday, September 21, 2017 from 11-1 p.m. at the Plymouth Missionary Church, 1350 East Jefferson Street, Plymouth, Indiana 46563.
Funeral services will begin at 1:00 p.m. on Thursday at the church with Rev. Patrick Puglisi officiating.
Inurnment will take place at a later date in the New Oak Hill Cemetery.
Memorial contributions may be directed to Plymouth Missionary Church, 1350 East Jefferson Street, Plymouth, Indiana 46563.