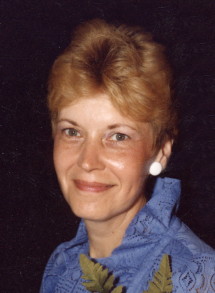 In Plymouth, Indiana, Jean was born on December 3, 1944 to Charles H. and Evalena (Howard) Barcus. She graduated from Lincoln High School with the class of 1962.

After graduation Jean enlisted into the U.S. Army and was stationed in Ft. Ritchie in Maryland as a stenographer with the Women’s Army Corps. She would be Honorably Discharged on June 18, 1965.

In a quick and simple way, Jean married the love of her life, Robert D. Rees on February 12, 1966 at the
Mount Rose Wedding Chapel in Reno, NV.

While raising their two girls, she worked for 15 years as a paralegal for several lawyers in the Marshall County area. And the job she absolutely adored in her later years was working for Price Nursery in Plymouth for 8 years. She was a staff administrator but really a jack-of-all trades there because she loved plants and being outdoors. Jean was a former member of the Women of the Moose, until her health declined.

A “weed worrier”, as her daughter called her, in her own yard, Jean enjoyed gardening and keeping a well-kept home. But above all, family was the center of her world. Holidays were important, and not for the gifts, but to celebrate family and the treasured times to be together. She loved to entertain and made sure to cook for an “army”. This caring nature would be extended and offered to her neighbors and dear friends also that needed Holiday cheer or a good meal. Jean was a caregiver to call and adored by so many.

According to Jean’s wishes, there will be no service or visitation at this time.