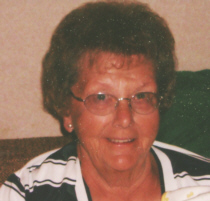 Wilma Rosetta Walters, 658 Windmill Drive, Plymouth, died at 8:45 a.m. on Tuesday, October 17, 2006, in the Saint Joseph Regional Medical Center, Plymouth. Wilma was 70 years old.
Born in Elkhart, Indiana, on May 24, 1936, she was the daughter of Harry S. “Bert” and Mabel Marie “Peggy Uhl Kemble. She graduated from High school and attended Harper Community College in Illinois for two years.
In 1958, in Elkhart, Wilma and David Walters were married. David died in 1984.
Wilma was office manager for BFC, makers of Custom Blend Animal Feed, in Bremen for 19 years. She retired in 1990. After retirement she worked at the Plymouth Hallmark Store, and then worked in the office of the Presbyterian Church in Plymouth for 5 years.
Active in the community, Wilma attended the Pretty Lake United Methodist Church. She was President of the Midwest Hospital Auxiliary, along with St. Joseph Regional Medical Center Auxiliary, Plymouth, Indiana and President of the Windmill Park Homeowners’ Association.
Both she and her husband –starting with Cub Scouts — were very active in Boy Scouts in Illinois. Both were on the Boy Scout Council, active in training of adults and both were recipients of the prestigious Polaris Award.
Wilma is survived by two sons. They are Michael and Gina Walters, South Elgin, Illinois and Jeffrey Walters and Debbie Simko, Niles Michigan.
Wilma is survived by six grandchildren. They are Melissa and Michael Mason, Wakarusa, Indiana, David Walters, Byron, Illinois, Lisa, Danielle, Jason, Kristen Brooks, of South Elgin, Illinois and four great grandchildren Peyton Mason, Aubrey, Mark, and Anthony Brooks.
A brother-in-law, Lowell McClure, of Summerfield, Florida, and good friends Chuck and Gloria Krieg, survive as well.
Wilma was preceded in death by her parents, her husband, David, and by a sister, Lynn McClure.
Friends will be welcomed by the family on Thursday, October 19, 2006, from 4 to 7 p.m. at the Johnson-Danielson Funeral Home, 1100 N. Michigan St., Plymouth.
Funeral services for Wilma will be held in the funeral home on Friday, October 20, 2006, at 10 a.m. The Rev. Chuck Krieg, pastor of the Salem United Methodist Church, Bremen, will officiate.
Burial will be in Ridgewood Memorial Park, Des Plaines, Illinois.