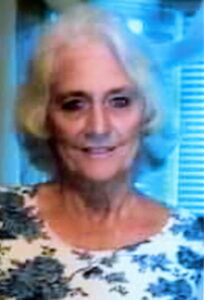 Born on December 25, 1938 in Elkhart Indiana, she was the daughter of Lawrence and Esther (Schooley) Guise. On September 2, 1961 she married Dale Mangun in Plymouth, he preceded her in death on May 22, 2019.

Zella worked at Miller’s Merry Manor as a dietary kitchen aid for 23 years until her retirement in 2001. She enjoyed watching games shows, reading romance novels, doing crossword puzzles and getting together with her sisters and shopping at garage sales. Zella would look forward to her yearly vacations with Dale. She had an uncanny sense of direction, never needing a road map and always knowing exactly where she was at.

Her children remember her as their best friend and for her kindness that she extended to everyone. Raising their children just as Zella raised them.

She is survived by her children: Bryan Mangun of Leiters Ford, IN; Sandra (Kevin) Wynn of Monterey, IN and Tina (Glenn) Mamke of Peoria, IL; sister Barbara Carey of Inwood, IN; 6 grandchildren, 5 great-grandchildren as well as several nieces and nephews.

Per Zella’s wishes there will be no services.